Arrested for a Theft Offense in Austin?

Convictions for theft crimes carry many penalties the least of which are the criminal penalties. Theft offenses are almost always misdemeanors, but a conviction for even a low-value theft can have a lifelong impact on you socially, leading to struggles leasing or renting a home and attaining and maintaining gainful employment. If you’re convicted of a theft crime, you may face some jail time and monetary fines, but the most significant penalty is having a record of a theft conviction following you around for the rest of your life.

Theft; A Crime of Moral Turpitude 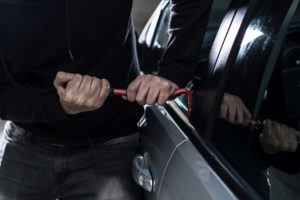 To be convicted or suspected of a theft offense calls into the question your character, trustworthiness, and is considered a crime of moral turpitude. A conviction for such an offense will all but guarantee your ineligibility for certain professions.

In fact, some institutions of higher learning won’t even allow students with a criminal history to enroll in classes. Occupations in finance, law enforcement, law, government, banking, some executive positions, and in education may be beyond the reach of almost anyone convicted of theft offense unless their criminal record is sealed.

Regardless of why an individual was arrested, having a hard-working lawyer on your side that knows what they’re doing is a huge part of what it takes to get out of jams of this nature. Most folks who get convicted of a theft offense in Austin are convicted because they didn’t put up a fight at all, but instead chose to sign up for probation and agreed to a conviction to avoid jail-time. This is a bad idea and, if you ask any experienced criminal defense lawyer in Austin, a horrifying course of action. It’s best to fight theft charges and win in court because you’ll be judged on that charge in the future if you’re convicted. We all know that a person who did something wrong in the past may not be that same person in the future. We all make mistakes and everyone deserves a second chance.

Need an aggressive lawyer in Austin?

Whether you’re a habitual offender or if this is your first time being arrested for a theft offense or any other crime, having a lawyer on the case is the best way to ensure that your Constitutional Rights are upheld and were not violated at the time of your arrest. Austin criminal defense lawyer Jackson F. Gorski will develop a sensible defense and will take actions to get your case dismissed if possible.

Theft offenses not only include shoplifting, burglary, robbery, and petty theft, but also include white collar crimes such as embezzlement and internet crimes. Whether you were accused of changing price tags in a department store or of aggravated robbery at gunpoint, there’s always a benefit to securing legal representation.

Having Attorney Jackson F. Gorski on your side could mean the difference between serving 2 years and being sentenced to 20. If you or a loved are facing criminal charges for a theft offense, call my law office in Austin immediately at 512-960-4646.

In Texas, theft laws are designed to protect the value of the property of its owners which also determines the punitive liability of the defendant. In other words, the more valuable the objective of the theft the more serious the criminal charge.

For example, if you were caught shoplifting an item worth less than $100.00 in value you’ll face no jail time but will have to pay a fine of up to $500.00. In contrast, if you were arrested for attempting to steal over $100,000.00 in diamonds, fine art, or even an expensive automobile, you could face an effective life sentence in prison. The table below should give you a great idea of how criminal charges will apply to your case based on the value of the object of the theft.

Why Legal Representation is Your Best Option 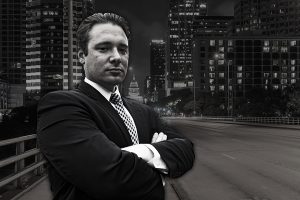 Theft charges are some of the most straightforward criminal cases to beat.

Victims rarely show up in court, the high turnover in the security industry and the constant deletion of shoplifting surveillance footage or lack thereof puts a burden on prosecutors that they almost always fail to overcome.

If you need a smart lawyer in Austin to help you fight back against the government, call The Law Office of Jackson F. Gorski as soon as possible. The phone number to reach Atty. Jackson F. Gorski is 512-960-4646 or you could send us a private message via our secure contact form.

I handle all types of criminal cases ranging from misdemeanors to felonies, as well as traffic tickets.

In addition to criminal cases, I also handle any civil proceedings that may arise from an arrest, such as administrative license revocation hearings or civil forfeiture suits.