Charged in Connection with Homicide in Travis County, TX? 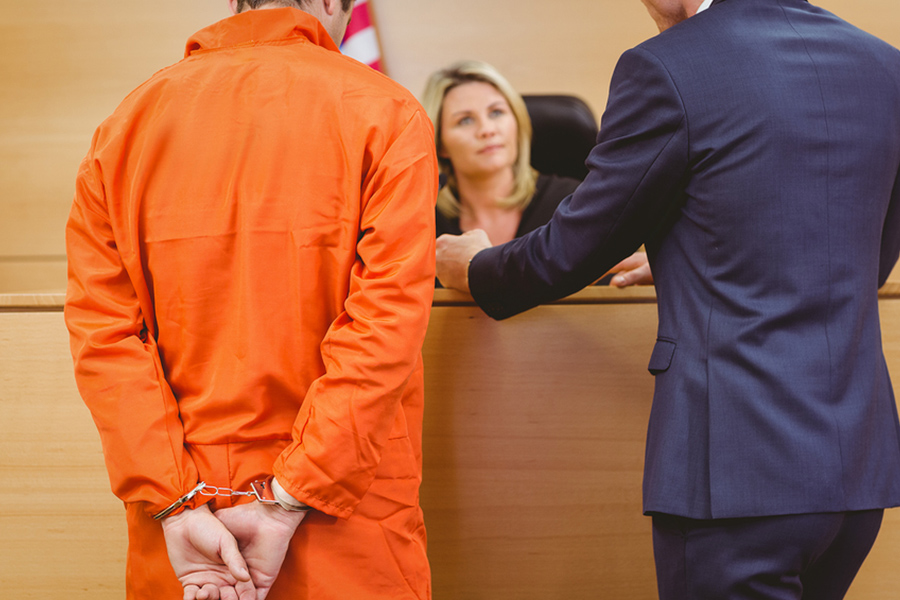 Criminal charges related to homicide on any level are serious matters in Austin. If the defendant is convicted of the offense, it can result in a prison sentence ranging from a couple of years to life or even the death penalty. Cases of this magnitude are best left in the hands of an attorney who has the time to investigate the evidence, witnesses, the originating event, and whether or not the Constitutional Rights of the accused were violated.

As a dedicated Austin criminal defense lawyer, it’s my job to make sure that you get a fair trial, an aggressive and effective defense, and to ensure that you’re well aware of your options and all developments in your case. With the ever increasing number of wrongfully convicted and innocent people in jail, having a dedicated lawyer on your side is an imperative.

I’m Attorney Jackson F. Gorski. I’m dedicated to helping people and defending the accused. If you need to talk with me about a homicide-related criminal charge that’s scheduled for hearing at the Travis County court, call my office at 512-960-4646.

An Overview of Definitions & Texas Law

Contrary to mainstream understanding, the term homicide does not imply that a crime occurred, but that one person was responsible for the death of another person.

Examples of homicides which are not considered crimes may include police involved shootings, self-defense killings, death penalty executions, medical mishaps in the healthcare system, workplace accidents, car wrecks and any other death that was caused by another person.

Criminal homicide is a different matter.

When a person is accused of a crime which directly or indirectly causes the loss of a human life, they’ll be charged with either capital murder, murder, manslaughter, or criminally negligent homicide. These offenses have varying levels of criminal classification ranging from State Jail Felony to 1st Degree Capital Felony.

If a person acted recklessly and caused the death of another person, they can be arrested and charged with Criminally Negligent Homicide, a State Jail Felony offense. Reckless should be taken to mean that a person should have known their actions could cause serious harm or death to another person.

Examples of negligent homicides could be deaths caused by the unsafe discharge of a firearm or killing someone as a result of driving at excessive speeds. The general rule thumb when considering criminal negligence is whether or not the accused deviated from a generally understood standard of care.

As in the example of the unsafe discharge of a firearm resulting in death, there is a general understanding that firearms are always to be used in a safe environment. So if a person, say, lost their temper and started firing a gun in their home and the bullet killed someone in the home or killed a neighbor, the offense could be charged as criminal negligent homicide.

If a child got a hold of a gun and accidentally killed themselves or someone else, such a criminal charge might apply.

Negligent Homicide is classified as a State Jail Felony in Texas which is punishable by a fine of up to ten thousand dollars and prison term ranging from 180 days to two years.

Manslaughter is similar to Negligent Homicide due to recklessness or a deviation from a common standard of care. If the act is considered to be grossly irresponsible, the more punitive charges of manslaughter will apply, which is a 2nd Degree Felony in the state of Texas.

Driving while intoxicated or DWI resulting in a fatality caused by an auto accident in which the alleged drunk driver is alleged to be at fault, is an example of manslaughter. Driving a vehicle while intoxicated is considered to be a grossly irresponsible act.

Manslaughter is classified as a Second Degree Felony in Texas which is punishable by a fine of up to ten thousand dollars and prison term ranging from two years to twenty years.

Special Note: Whether charges are filed as Negligent Homicide or Manslaughter is highly subjective and contingent on the facts of the case and the prosecutor. If you have any questions or need to talk with a lawyer about a homicide-related criminal case in Austin, call my office at 512-960-4646.

Murder is the crime of intentionally causing the death of another person.

Murder charges can also apply if the defendant didn’t intend to kill the victim, but caused injuries which led to the death of the victim.

Murder is classified as a First Degree Felony in the state of Texas and is punishable by a sentence ranging from 5 years to life and a fine of up to ten thousand dollars. In some instances, the felony can be reduced to a felony in the second degree.

Capital Murder charges are applicable in the following circumstances;

If you’re facing criminal charges for murder, negligent homicide, manslaughter, or capital murder, or if you believe you’re under investigation or may be charged in the future, I’ll provide the legal representation you’ll need to defend your rights and fight back against prosecution.

The Law Office of Jackson F. Gorski provides each client with excellent counsel, responsive communication, and specialized care. I know that every case is different and I also understand the detriments of viewing future challenges from the lens of old ones.

I’m Jackson F. Gorski, a seasoned criminal defense lawyer in Austin that sincerely cares about defending people. Any lawyer working to be the best criminal justice attorney in Austin has to listen to their clients, investigate the nuances of the incident, and know how to fight an effective battle in the court of law. If you need to contact me, call my office directly at 512-960-4646.