Accused of Drunk Driving With a Minor Present? 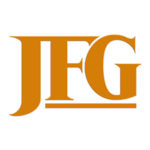 Facing a DWI charge in Travis County is never fun. When a person is arrested for driving while intoxicated, there are a number of factors that can change the severity of the criminal classification of the offense.

For instance, penalties can get worse for a DWI if the driver’s Blood Alcohol Content is higher than 0.15. Another instance where a DWI offense can increase in criminal severity is when there is a child passenger in the vehicle at the time officers suspect the motorist of driving while intoxicated.

If you or a loved one were arrested for DWI with the added component of there being a child passenger present, my office can help you to properly manage that case and address the charge.

To contact my office, call me directly at 512-960-4646. I’m Attorney Jackson F. Gorski, an experienced criminal defense lawyer and an aggressive advocate for my clients.

Overview of DWI with a Child Passenger & Texas Law

In the state of Texas, it is a higher level crime that will result in more jail time and larger fines if a child under the age of fifteen is in the car during a DWI arrest. Per Texas state law, a person can be charged with driving while intoxicated with child passenger “if the person is intoxicated while operating a motor vehicle in a public place; and the vehicle being operated by the person is occupied by a passenger who is younger than 15 years of age.”  In this instance, the offense is classified as a state jail felony.

Normally, a DWI charge would be a misdemeanor as long as it was the first or second offense. Texas law ups the charge to a felony if a child is in the car with the suspected drunk driver. The felony charge makes it difficult to seal the charge on the person’s criminal record in the future. The state jail felony also comes with heftier penalties than lesser DWI or DUI offenses with up to 2 years state jail and up to a ten thousand dollar fine.

In 2016, 143 passengers were killed in vehicles driven by DWI drivers in Texas. Also in 2016, there were a total of 46 people under the age of eighteen that lost their lives in drunk driving accidents. The statistics show that the majority of drunk driving car accidents happen more often between 6 p.m. and 4 a.m. The most popular days of the week for DUI crashes in Texas are Saturdays and Sundays. SOURCE

An Overview of the Criminal Penalties

In Texas, if you are arrested for a DWI with a child passenger not only do the penalties get worse, the state can press more charges against you as well. In many cases, if someone is caught driving drunk with a minor in the car they can also be charged with child endangerment. The child endangerment charge will tack on more jail time and fines to the sentence if the person is convicted.

For first time offenders, getting caught driving drunk with someone under fifteen will get them an automatic 180-day driver’s license suspension as opposed to the 90-day suspension given for regular DWI charges. If convicted, they could be forced to serve 180 days minimum to a 2-year maximum stint behind bars. The fines for the crime can amount up to $10,000.

In addition to Texas Driver License suspension, jail time, and fines, a person facing a DWI with child passenger conviction could be forced on to court ordered probation for a set amount of time after their release. During probation, the convicted party may be ordered to engage in drug or alcohol treatment/counseling that includes periodic drug and alcohol testing and be forced to pay for and install an ignition interlock device, which if it detects alcohol on the breath of offender, can result in the violation of the terms of the probation which could mean more jail time. The court may also order extra specialized treatment or counseling for the child endangerment charges.

Potential Defenses And Your Rights

Although a DWI charge can be tough to defend for some lawyers in Austin, there are a few possible defenses that may work depending on the specific situation.

Depending on the details of your case, the history of the arresting officers, and the technology used to incriminate you, we might have a solid leg to stand on. If you have any questions about how I can help with your case, call me.

When a person is charged with DWI or any other criminal offense, it is best to contact a lawyer to learn more about your rights, your options, and that will provide legal representation to you immediately. This is especially true when addressing felony cases such as DWI with child passenger. With competent legal representation, you’re creating an environment in which you’ll have a strong chance to get the best outcome possible.

As your defense lawyer, my first job is to see if there are any defenses in your case that might work in a trial. If I feel I can beat the charge, we’ll take it trial or suggest that prosecutors dismiss the case. If I see difficulties ahead, we’ll explore more dynamic options. When working with prosecutors in Travis County I found that they can be quite reasonable in some situations, but not in others. Even if you think your case is hopeless, give me call and let me take a look at it.

I’m Attorney Jackson F. Gorski. I understand the difficulties that fighting a criminal charge can create in the lives of my clients. I offer free case reviews, affordable Travis County jail release services that’s cheaper than bail bonds, and flexible payment options. To get it touch with my office, call 512-960-4646.